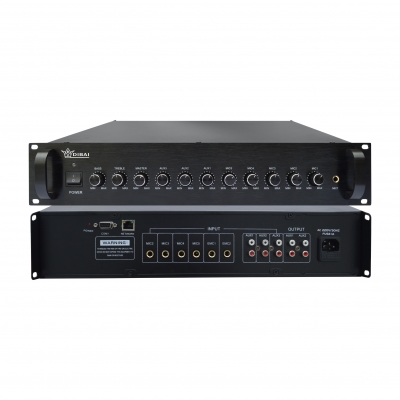 Receive and amplify network audio signal, local amplification and network audio in one. Commonly used in the use of power is large, such as school sports ground or outdoor green belt and other places, common in the network after the pre-amplifier with pure post-broadcast amplifier used together.

● Automatically turn on or off the power of the external power amplifier according to the sound.